Price Setter’s patented Transaction Arbiter is a system that permits merchants and service providers to interact in an automated way with prices of products or services from competitors. Rather than utilizing fixed price schedules, the transaction arbiter permits each merchant/provider to define a set of limiting parameters which describe how the merchant will respond to a request-for-bid for a given product or service. These merchant/provider limiting parameters interact with both a request-for-bid and the results of other merchant/provider bids to generate a dynamic real-time mechanism that prompts competition among participating merchants/providers and achieves an optimal price for a given product or service. 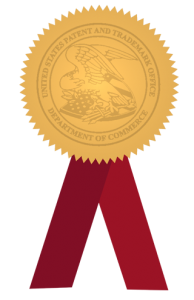 IMPORTANT THINGS TO KNOW ABOUT PATENTS

Price Setter’s founders do not believe that enforcing patents is the way to go, instead founders believe that it is more productive to license their patents to those who need it and receive in return their cooperation to form an alliance where licensed participants will be protected from non-practicing patent assertion entities, from patent holders with patents subsequent to Price setter’s patents or from being sued by inducing others to infringe or contribute to infringe

What is a Patent? “A patent is a government authority or license conferring a right or title for a set period, especially the sole right to exclude others from making, using, or selling an invention

Contributory Infringement: “Whoever offers to sell or sells within the United States or imports into the United States a component of a patented machine, manufacture, combination or composition, or a material or apparatus for use in practicing a patented process, constituting a material part of the invention, knowing the same to be especially made or especially adapted for use in an infringement of such patent, and not a staple article or commodity of commerce suitable for substantial noninfringing use, shall be liable as a contributory infringer.”

What is direct infringement of a patent? “Making, using, selling, trying to sell, or importing something without obtaining a license from the patent holder is considered direct patent infringement. The offender must complete this act willfully and within the united states.”

Induced Infringement: “This occurs when a person or company aids in patent infringement by providing components or helping to make a patented product. It occurs through offering instructions, preparing instructions, or licensing plans or processes.”

Doctrine of equivalents: “Even if the device or method doesn’t exactly infringe a patent, a judge might find in favor of the patent holder. If the device does basically the same thing and produces the same results, it could be an infringement.”

PRICE SETTER’S PATENT PORTFOLIO INCLUDES THE PATENTS BELOW HOWEVER ONLY LICENSES FOR PATENT No. 9,892,445 ARE BEING ISSUED AT THIS TIME.

What is claimed is:

Claim 1- A system for processing arbitrated price quote transactions over a network from at least one merchant in response to a request for quote (RFQ) by at least one customer, comprising: a customer input device, a merchant database and a transaction arbiter processing component in communication over the network with said customer input device and said merchant database via a remote host computer system, said transaction arbiter processing component storing at least one of algorithms and executable instructions that when executed perform a method comprising: (a) receiving, over the network………..

Claim 15-  An improved system for generating a real-time or near real-time bid for a product or service, comprising: a mobile software application operatively connected to a multi functional mobile device; said mobile software application configured as a mediating unit for the integration and processing of data between said multi functional mobile device and a remote server system via at least one high-speed cellular mobile data communication network; said at least one high speed cellular mobile data communication network configured for simultaneously sending and receiving data to, from and between said remote server system and said multi functional mobile device via said mobile software application; at least one remote database storing provider data relating to a plurality of providers and to products or services provided by the plurality of providers, wherein the provider data or the product or service data comprise biding data; a remote server system comprising one or more mobile application servers…………

Patent No. 11,416,903 THE SMART PHONE, OPERATING SYSTEM, PROCESSING AND COMMUNICATION COMPONENTS. This patent covers mobile phones, their Operating Systems, their processing and communication components and their modems.

What is claimed is: